Among the more common questions when setting up a personal kitchen for the first time is “Do I need a smoothie maker or a blender?” These two appliances are enormously useful for a homemaker at any stage.

They make short work of hard substances like ice, carrots, and onions, while containing the mess that would otherwise occur when trying to process these foods by hand.

In all fairness, the confusion is understandable.  Put the two machines side by side on the kitchen counter and you see a motor stand and receptacle each, held together by the blade carrier assembly.

What exactly sets the two apart from one another?  And how do you know which one you need for your kitchen? 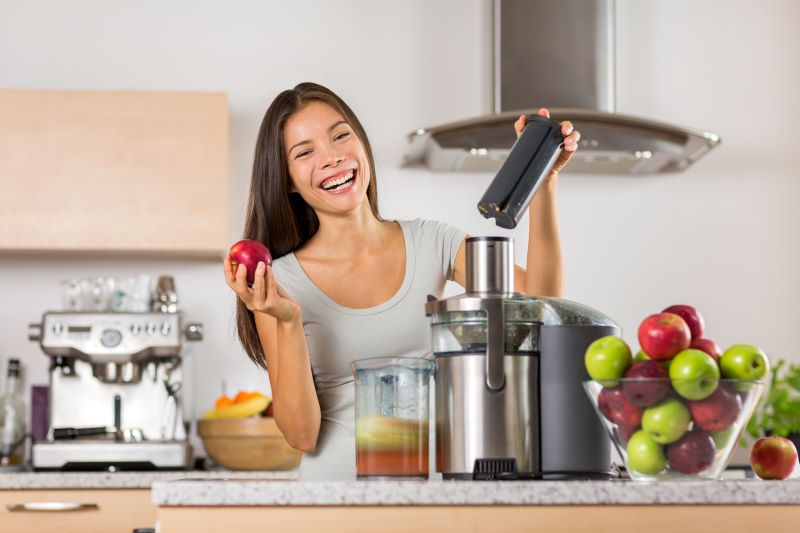 Although not the main difference, this is definitely the most obvious one, and an important consideration for a lot of buyers. The average smoothie maker is unlikely to hold much more than a liter of processed material.  A blender can easily be one and a half liters or larger.

Smoothie makers are often designed around a single serving, perhaps a snack for the road.  So a smoothie maker is scaled down accordingly, for the needs of one person.

Additionally, the smoothie maker will generally compress the food to a greater extent.  A process made easier by a smaller container. More on that shortly.

Blenders, on the other hand, tend to be made for family use, for a larger variety of dishes and ingredients to process. This necessitates a larger hopper to hold enough food for the entire meal, which is typically not a single helping.

As one compares the size of a smoothie maker to that of a blender, the different shapes will become noticeable as well.  Different needs and functions make for different containers.

Smoothie makers generally feature a tall tumbler or bottle form, while a blender will tend more towards a pitcher or bowl shape.

The shape also relates to the intended function of each machine.  A smoothie maker’s container can be, and often is, detached from the motor and taken as a drink to go.

Some smoothie makers even encourage this by finding ways to attach the bottle without clips or threaded tops, making it more comfortable to drink on the way.

Blenders, on the other hand, are needed to make large quantities of food. This necessitates a larger container that will have room for both the food and the blades to process it.

As the blender may well be used close to mealtime, the blender’s container is also shaped to be something that can reasonably be placed on the table as a serving dish.

This is the feature that often confuses buyers.  Both machines have the same basic construction. The untrained eye may not readily appreciate how the parts of each machine differ from the next.

Ironically, it is the parts that make all the difference, and they should be clearly understood by anyone looking to buy either machine.

Apart from the differences already cited between the containers, the motor on a smoothie maker is likely to be somewhat less powerful than that of a blender.  The smaller size does not allow for a larger and more powerful motor to be used.

Blenders also benefit from a larger motor housing that will provide added stability on the countertop.

A smoothie maker will generally have one four-pointed blade, with two points upwards and two down and it is thicker than most blender blades. This small cutting area helps the machine to make more rotations per minute to grind ice and food into the smooth texture that one will want in their favorite drink.

A blender might have larger blades canted in different directions, or even several blades mounted at once.  This enables the blender to scoop lumps of food out of the farther reaches of the container and into the cutting area.

Blender blades have an important advantage over smoothie makers in that they are almost universally removeable, and so can be more easily cleaned and stored. Some smoothie makers have their blades fixed in position, which makes proper sanitization between uses difficult. 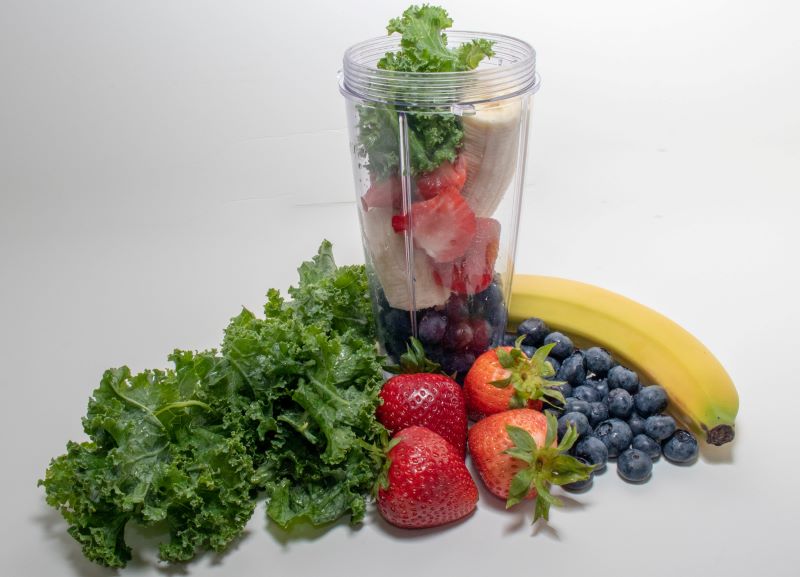 This is one area where a smoothie maker has a clear and consistent advantage over a blender. The slender bottles, more compact blades, and smaller motors put it well ahead of a blender in terms of weight and size.

Some are even battery-powered, meant to be tossed in a backpack or purse and carried during the day. A blender is larger and less convenient by far, often prohibitively heavy to remove from the kitchen, and not designed for anywhere save a firm and level surface.

Your blender will often come with several different blades and functions, making it suitable for many tasks and often combining the roles of a smoothie maker and food processor. A smoothie maker, by contrast, is rarely used for anything save the function for which it was named.

To balance out this deficit is that smoothie makers are drastically smaller and lighter than other appliances. This is easiest to see in the control panel of either appliance.

Smoothie makers often have as few as one or two buttons, just enough to turn the motor on or off. A blender will tend to have a multitude of controls to select and even combine other roles and modes for ideal results.

It should be noted that several retailers, especially those with a long-standing reputation in the household appliance industry, manufacture parts that are interchangeable between smoothie makers and blenders.

As many differences as there are between them, they can and are resolved by the careful modification and exchange of a few key components.  This helps spare the buyer the hassle of trying to pick which of the two is best by effectively providing both appliances, and sometimes a few more, in a single purchase.